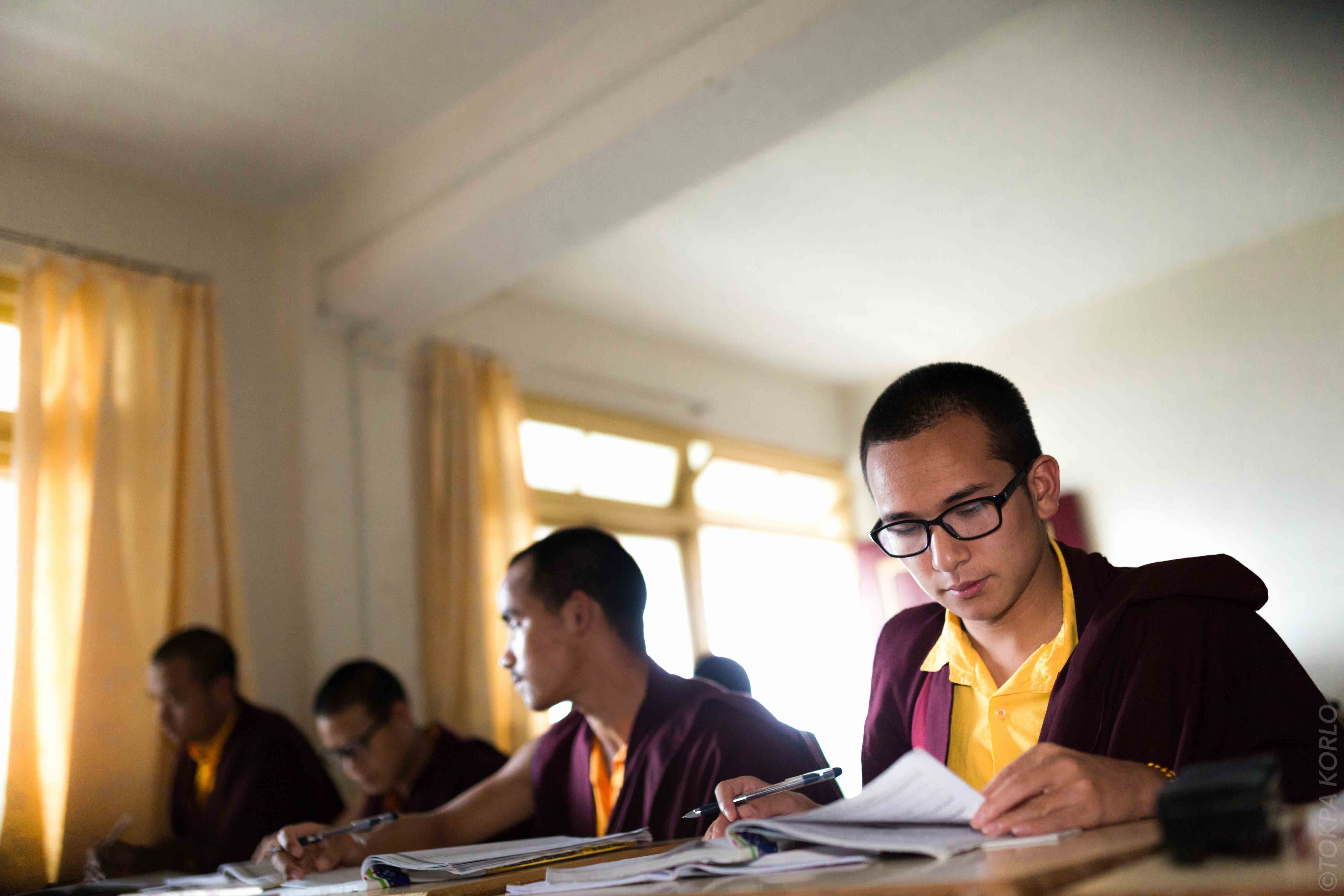 “The emphasis and direction of education should not just be about accumulating information to serve outer wealth, but to help develop consciousness, to help young people nurture their innate values of wisdom and compassion for the benefit of society.”
Thaye Dorje

His Holiness the 17th Gyalwa Karmapa

Here children receive basic education for five years. They study reading and writing in Tibetan, English, and Nepali. They are introduced into the art of ritual and playing traditional instruments. In addition to that, they are taught moral ethics and social skills. They learn to take care of themselves and basic hygiene.

In ancient Nalanda University, a certain pedagogical system was used for Buddhist science studies. This system is still applied today in the shedra, using the same methods and root texts, enriched by the commentaries of Kagyu masters.

1. Buddhist logic (tsema): The primary meaning is ‘valid cognition’, or the correct knowledge of a particular object. The term is also used to refer to the corpus of Buddhist teachings on epistemology. Studies are based on the texts composed by the Indian masters Dignaga and Dharmakirti.

2. Madhyamaka: The middle-view school, who asserts emptiness as being free of two extremes: the extreme of existence and extreme of non-existence.

3. Abhidharma: General knowledge of Buddhism based on the Vasubandhu text, the Abdhidharma-Kosh, composed during the 4th century. This teaching reveals naily instructions on higher training of wisdom.

4. Abisamaya Alankara: It is one of the 5 texts revealed by Maitreya and collected by Asanga in the 4th century. The main topic is how to follow the Mahayana path.

5. Vinaya: The Vinaya is a collection of Buddhist scriptures that explains the rules of discipline for monks, nuns and lay practitioners.