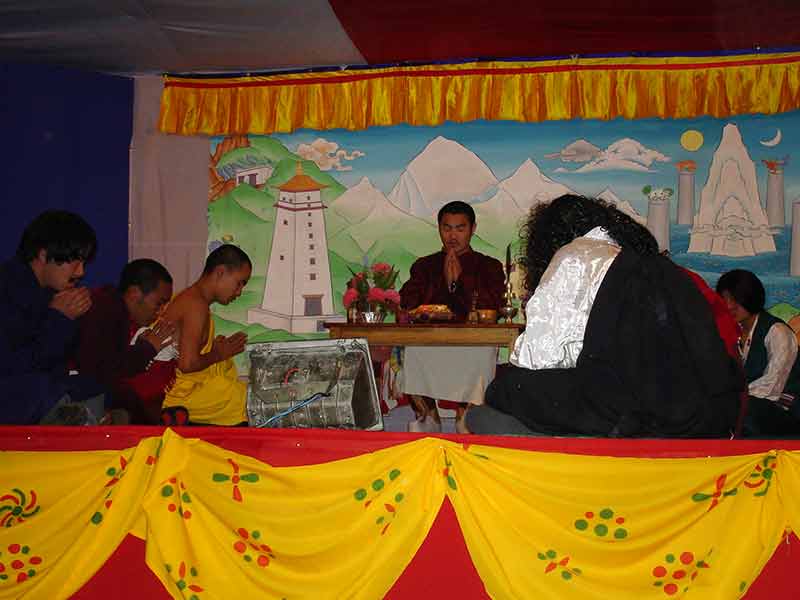 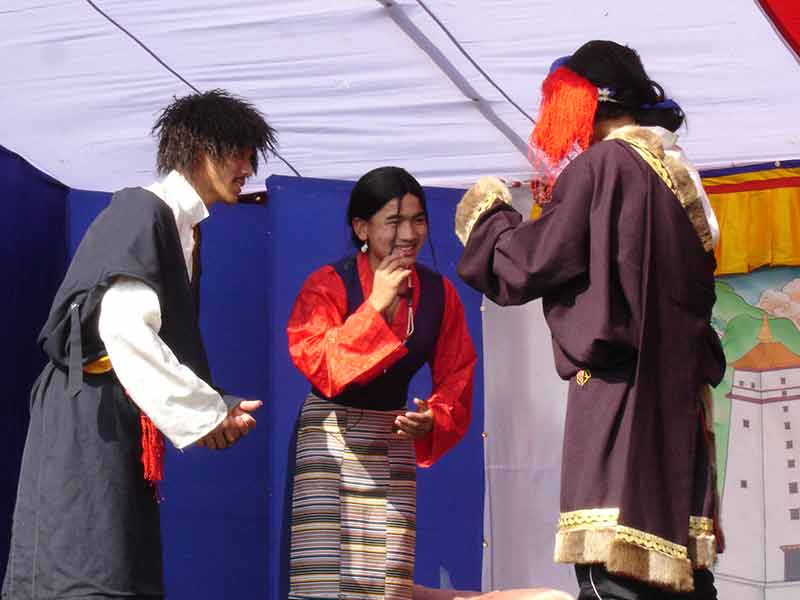 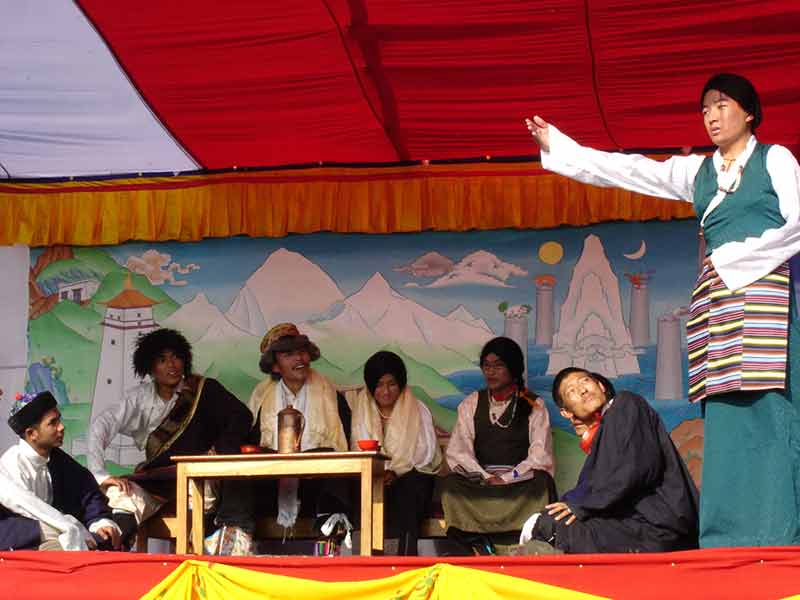 In 2006, during the Tibetan New Year, we performed the Milarepa Drama directed by our Khenpo Wangchen. One week before the Losar during the big Mahakala Puja we rehearsed the Milarepa’s life story. During that time around ten people in the hall were playing roles. We prepared the costumes and stage, then the evening of the Losar we performed Milarepa’s Drama, as an offering to HH Karmapa and all the venerables Sanghas.

From the beginning until the end, the Gyalwa Karmapa was spontaneously and continuously laughing. He enjoyed so much. The next day he called all of us, and gave khatas and presents. On the third day of this New Year, in the late afternoon, after HH gave an empowerment, we performed Milarepa’s life story again. Everyone who was present enjoyed. Some even cried when they saw the hardships that Milarepa was going through.

After that in 2007, during Losar, we also played Buddha’s life story in front of Karmapa and Shamar Rinpoche. We were very happy, and our two great masters enjoyed, so it was a success once again.

At the time of the second graduation ceremony in 2011, we, the Diwakar students, performed the lion dance and many historical dances. Later, we taught the lion dance to the Rumtek Monks, and now they play it very nicely.

In the future, when the 15th Shamarpa will be enthroned, we will perforem again the Bodhisattvas’ life stories, and celebrate the occasion with auspicious dances.